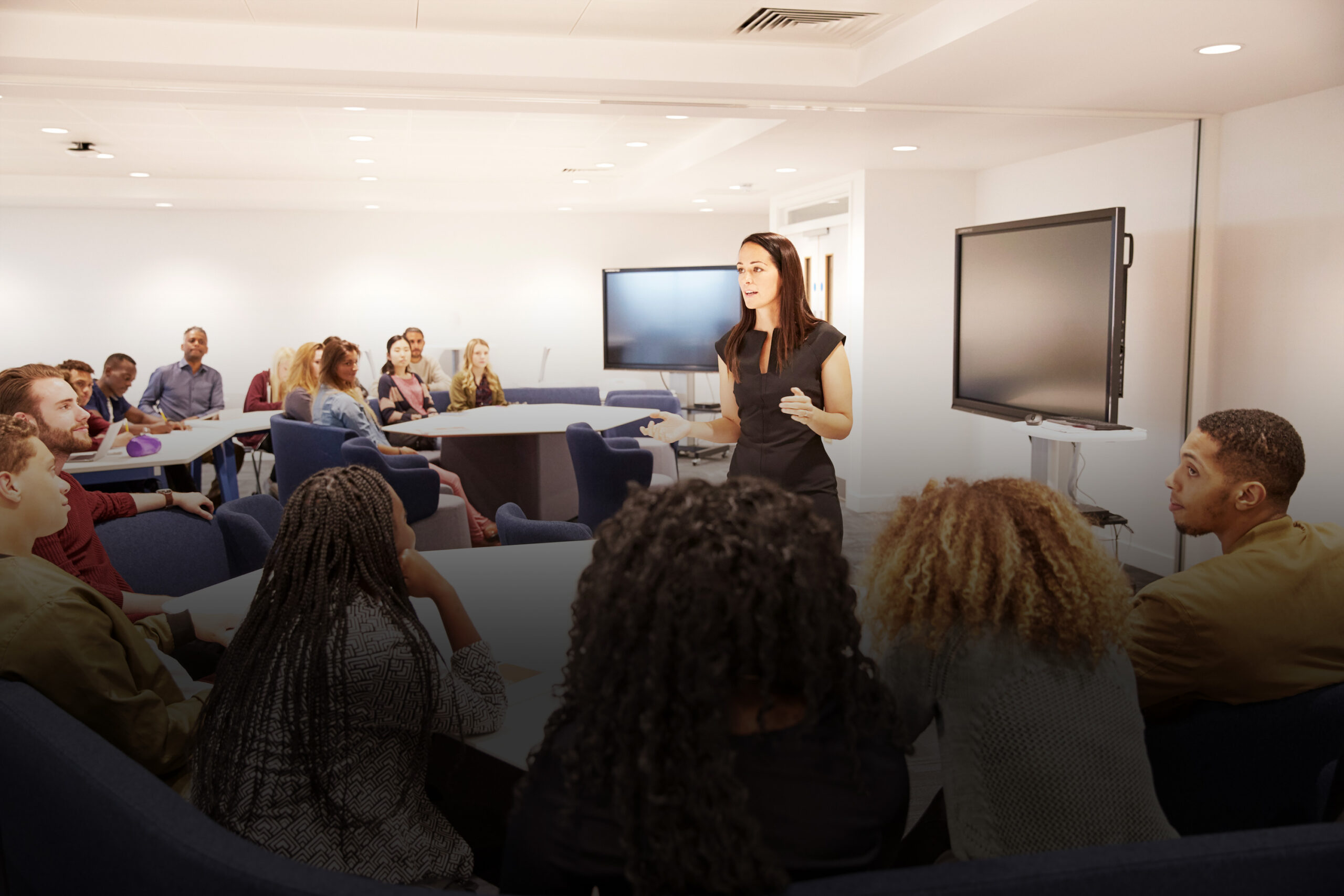 Examining the Value of Nondegree Credentials

Leveraging our 2020 Strada-Gallup Education Survey, a nationally representative sample of nearly 14,000 adults, we examine the prevalence, quality, and value of nondegree credentials by length of program, field of study, provider, gender, race/ethnicity, parents’ education, and generation. We find that nondegree credentials yield positive returns, especially when combined with associate and bachelor’s degrees.

The market for nondegree credentials is massive. Nondegree attainment has historically been underestimated due, in part, to measurement challenges. The nondegree category includes a diverse range of learning experiences, such as certificate programs at community colleges, apprenticeships, vocational training, industry-based certifications and occupational licenses, and more. For this analysis, we include two distinct categories:

2 in 5 working-age adults have completed a nondegree credential; 1 in 5 report it as their highest level of education

Certifications and licenses are more common than certificates, but 1 in 4 nondegree credential holders have both kinds of credentials

The institutions that issue nondegree credentials are diverse

The Outcomes of Nondegree Programs and Credentials

Nondegree and associate degree programs are comparable when it comes to alumni ratings, but bachelor’s degree programs remain the gold standard in American postsecondary education and training. However, individuals with nondegree credentials are more likely than those without to report their degrees were worth the cost, make them attractive job candidates, and helped them achieve their goals. This nondegree credential lift is particularly pronounced with associate degrees. Even without a college degree, nondegree credential holders are just as likely as bachelor’s degree holders to say their education helped them achieve their goals (49 percent and 48 percent, respectively). On average, nondegree credentials add value across the spectrum of educational attainment.

Workers with nondegree credentials are more likely to earn less than $30,000 annually

Among adults who report an educational certificate as their highest level of education, 85 percent of those who completed a program that ranged from one week to one month said it was worth the cost, for example, compared to 59 percent of those who completed a program that took between six months and a year to complete. On the other hand, longer certificate programs are associated with higher rates of believing their education makes them an attractive candidate for jobs, while there is no statistically significant difference by program length in the extent to which alumni believe their education helped them achieve their goals.

*Note: Data represent only adults who have completed an educational certificate but not an associate or bachelor’s degree. These adults have not necessarily earned a professional license or certification.

Similarly, there is no clear trend in earnings outcomes across program lengths. While those who completed very short certificate programs have the lowest earnings among certificate holders, those who complete programs between one and six months earn more than those who complete programs between six months and a year. In theory, it is not the length of a program that determines an individual’s earnings but rather the job or occupation to which a program provides access. In other words, shorter programs that provide access to higher-wage jobs — such as trade professions, engineering, or information technology — will lead to higher earnings than longer programs that provide access to lower-wage jobs, such as cosmetology or education. On the other hand, there is a weak but positive relationship between a certificate holder’s program length and their job satisfaction.

*Note: Data represent only adults who have completed an educational certificate but not an associate or bachelor’s degree. These adults have not necessarily earned a professional license or certification.

Nondegree credentials issued by community colleges have the highest alumni ratings, while those issued by individual businesses and companies have the lowest

Among nondegree credential holders, men are slightly more likely to say their programs were worth the cost

Results for the Strada-Gallup Education Survey are based on web surveys conducted from April 2 to June 2, 2020, and Oct. 1 to Dec. 22, 2020, with a random sample of adults ages 18 to 65, living in all 50 states and Washington, D.C. For the national survey, there were 10,361 responses in the spring wave and 3,478 responses in the fall wave. Gallup randomly selected individuals to participate in the study using an address-based sample frame. Respondents had the opportunity to respond to the survey via web or mail. Surveys were conducted in English and Spanish.

Samples were weighted to correct for unequal selection probability and nonresponse. Demographic weighting targets are based on the 2018 American Community Survey figures for the ages 18 to 65 population. The data were weighted to match national demographics of age, education, gender, race, ethnicity, region, labor force participation, and population density.

All reported margins of sampling error for the study include the computed design effects for weighting.

For results based on the total sample of 5,600 individuals who completed nondegree credentials, the error range is ± 2.1 percentage points.

In addition to sampling error, question wording and practical difficulties in conducting surveys can introduce error or bias into the findings of public opinion polls.

In this brief, we analyze the outcomes of degree and nondegree education and training using five outcome metrics. Three are based on how alumni of the programs rated their education in their answers to three questions:

Survey respondents answered these questions using a five-point Likert scale ranging from strongly agree to strongly disagree. The other two outcome metrics are based on labor market outcomes, specifically earnings and rates of job satisfaction of alumni (also using a Likert scale with options ranging from very satisfied to very dissatisfied).

Annual earnings are reported for workers who identify themselves as in the workforce (employed full- or part-time, or unemployed and looking for work). 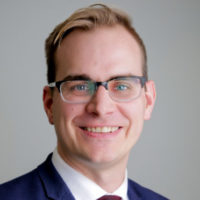 Nondegree credentials have been growing rapidly for decades. Questions about their quality and value, however, remain.

Recent high school graduates share why their education plans were disrupted, and what types of support could bring them back.

Will Pandemic-Disrupted Learners Return to School?

April 7, 2021
Alumni Perspectives: Are Student Loans Worth It?

Over the past 15 years, the number of student loan recipients has increased by 51 percent and the debt associated with those loans has more than doubled.

In the recovering economy, employers will play a central role as Americans look to reskill, upskill, and compete in the workforce. But what do people want and expect from employers’ hiring, advancement, and training practices?

January 27, 2021
The Road Ahead for Community Colleges — Examining Enrollment, Completion, Purpose, and Value

In the recovering economy, employers will play a central role as Americans look to reskill, upskill, and compete in the workforce. But what do people want and expect from employers’ hiring, advancement, and training practices? In this research we explore the public’s perceptions on skills-based hiring, preferences for employer-provided education and training benefits, and beliefs about who should fund education and training.

Looking forward as a year of unprecedented challenges comes to a close, critical questions remain for educational institutions, learners, employers, and workers. Are the individuals interested in education going to enroll? In the new economy that emerges from the old, will skills translate into employment?

November 12, 2020
Confidence in Education’s Promise: Perspectives on Access and Barriers to Good Jobs

Seven months into the COVID-19 pandemic, Americans feel stuck at work and unconvinced a good job or opportunities to advance are within their reach.

Over the past five years, after hearing from more than 350,000 Americans through our Strada-Gallup research, we know that beliefs about the value of education and training after high school are closely tied to connections to work. In this unusual semester, what is happening to these connections, and how are these changes shaping opinions about value?

How is COVID-19 affecting college students currently enrolled at American four-year institutions? Nearly two million (13 percent) feel they will have to push back their graduation date, and another two million-plus (15 percent) are unsure whether they will need to delay, bringing the ratio of students who may delay graduation to more than 1 in 4. Current students also say their emotional well-being is their biggest challenge this fall, and online learning has been a struggle. In fact, nearly 1 in 3 report online instruction has made learning “much worse.”

Millions of Americans are aspiring adult learners — individuals without college degrees who are seriously considering enrolling in additional education.

The portion of Americans who say they plan to enroll in an education program in the next six months has hovered near 20 percent since May, and throughout those months they also have expressed a consistent preference for nondegree programs, skills training, and online options.

August 12, 2020
Back to School — Perspectives From the American Public

Five months into the pandemic, Americans are now three times more likely than they were in April to believe COVID-19’s impact will last more than a year.

The COVID-19 crisis continues to touch nearly every aspect of American life, but the latest Strada Public Viewpoint research shows Americans’ interest in online learning will endure beyond the pandemic.

The COVID-19 crisis continues to touch nearly every aspect of American life, but the latest Strada Public Viewpoint research shows Americans’ interest in online learning would be significant with or without the effect of the pandemic.

June 24, 2020
Reskilling and Changing Careers in the Midst of COVID-19

As Americans consider how COVID-19 has disrupted their work, education, and daily lives, many are looking ahead to how education and training might shape their futures.

June 10, 2020
Disparities in Disruption: COVID-19’s Disproportionate Impact on Work and Education for People of Color

COVID-19 is taking the lives of Americans and disrupting the fabric of work, education, and daily living for the entire nation, but the impact is disproportionately affecting people of color.

May 20, 2020
Education disruption, enrollment, and advice

After weeks of impact to Americans’ emotional and economic well-being because of COVID-19, many are beginning to consider what will come next in their lives.

More than 33 million workers have filed for unemployment since the COVID-19 crisis began, and the unemployment rate has climbed to 14.7 percent. We also know tens of millions more have kept their jobs or small businesses but have had hours, wages, and income reduced.

The COVID-19 crisis has left millions of Americans without work. As workers struggle to adapt, millions will be looking to upskill, change jobs — or even change careers.

When faced with an economic crisis, Americans historically have turned to education as a way to meet the challenge and prepare for the future. But COVID-19 has disrupted our lives and work in unprecedented ways. Will we react differently this time?

The economic impact of COVID-19 is widespread, but the ramifications are felt disproportionately among people of color.

Two-thirds of Americans remain concerned they may lose their jobs. About half are worried COVID-19 will have a negative impact on their finances.

While 83 percent of Americans believe the coronavirus is a real threat, at this point in the pandemic their most widespread worries are about finances and jobs over their personal health.

More than half of Americans report feeling these emotions in the first week of a new Strada Education Network survey, which will track how COVID-19 impacts Americans’ lives, their work, and their needs for education and training.